It’s strange but I’ve been visiting Osaka yearly for 3 years now and I find that sukiyaki shops are hard to come-by. Don’t get me wrong, there’s a lot of restaurants and food everywhere – but the thing with Japan is that most (if not all) restaurants just serve the same kind of food. If you want sushi, you go to a sushi place, ramen shops will only have ramen, katsu shops will only have katsu, you get my drift. I always stay in the Shinsaibashi area which is just walking distance to Dotonburi and Namba – and I don’t know if it’s just me but sukiyaki restaurants are few and far between. There seem to be a lot of shabu-shabu Japanese hot pot places but nope, not a lot of sukiyaki joints.

The first time I discovered Syabuya Sukiyaki was on one of the last few days of my trip last year. I was hell bent on eating sukiyaki and lo and behold, a google search came up and lead me straight to the mall – Namba Parks. 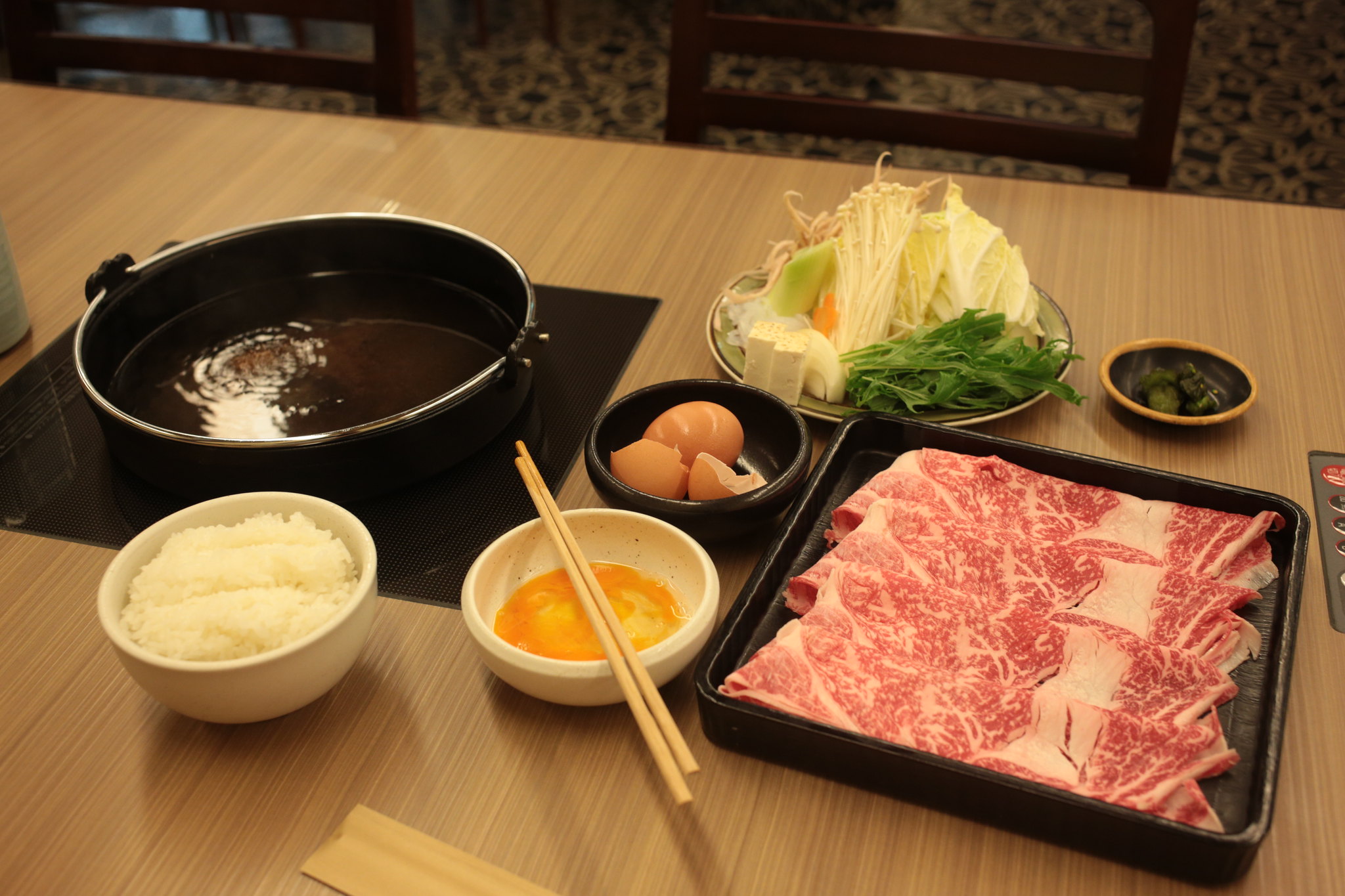 Tried both the Japanese Beef Lunch Set (¥2,037) and got Imported Beef on the side just to try. The lunch set comes with everything in this photo but since it’s a set, this is pretty much your whole meal. 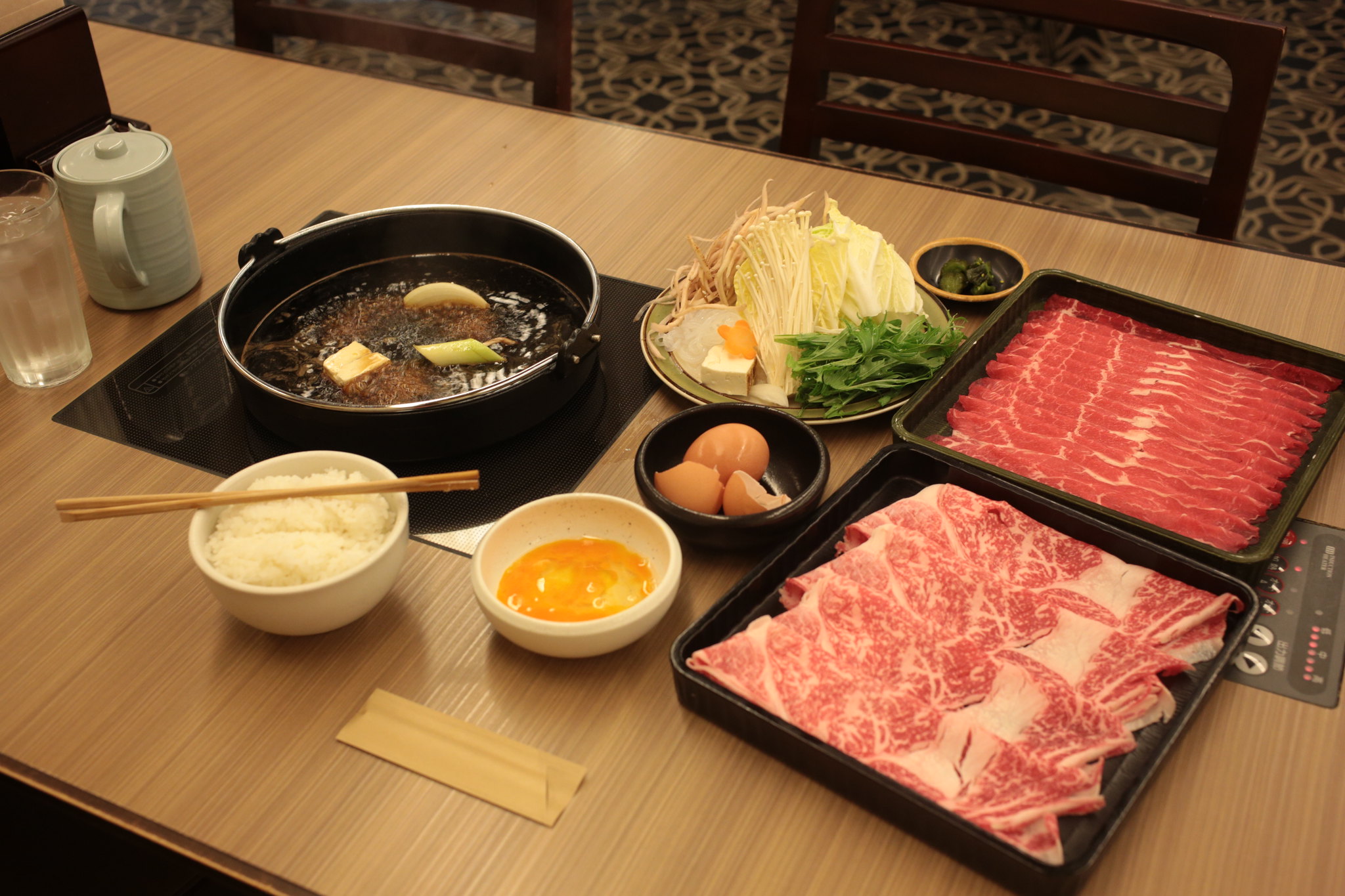 I never ordered the Imported Beef again – as you can tell by the photo it’s lean and barely has any marbling. 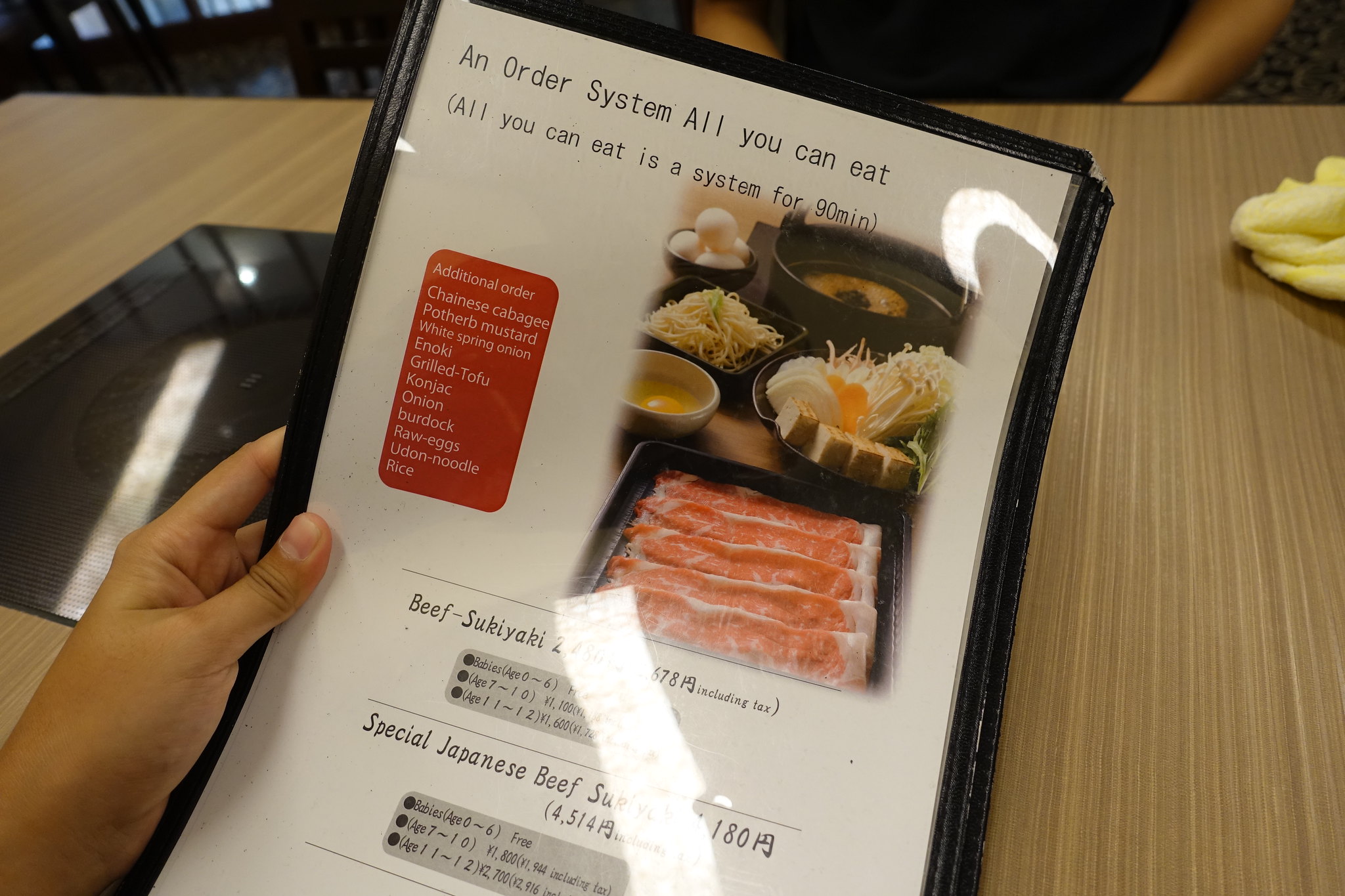 Their menu is pretty straightforward. You pick if you want Sukiyaki or Shabu-Shabu. Beef or Pork? Japanese beef or US beef? Do you want to eat a set or unlimited? When you pick the unlimited option, everyone in the table has to get the same thing. 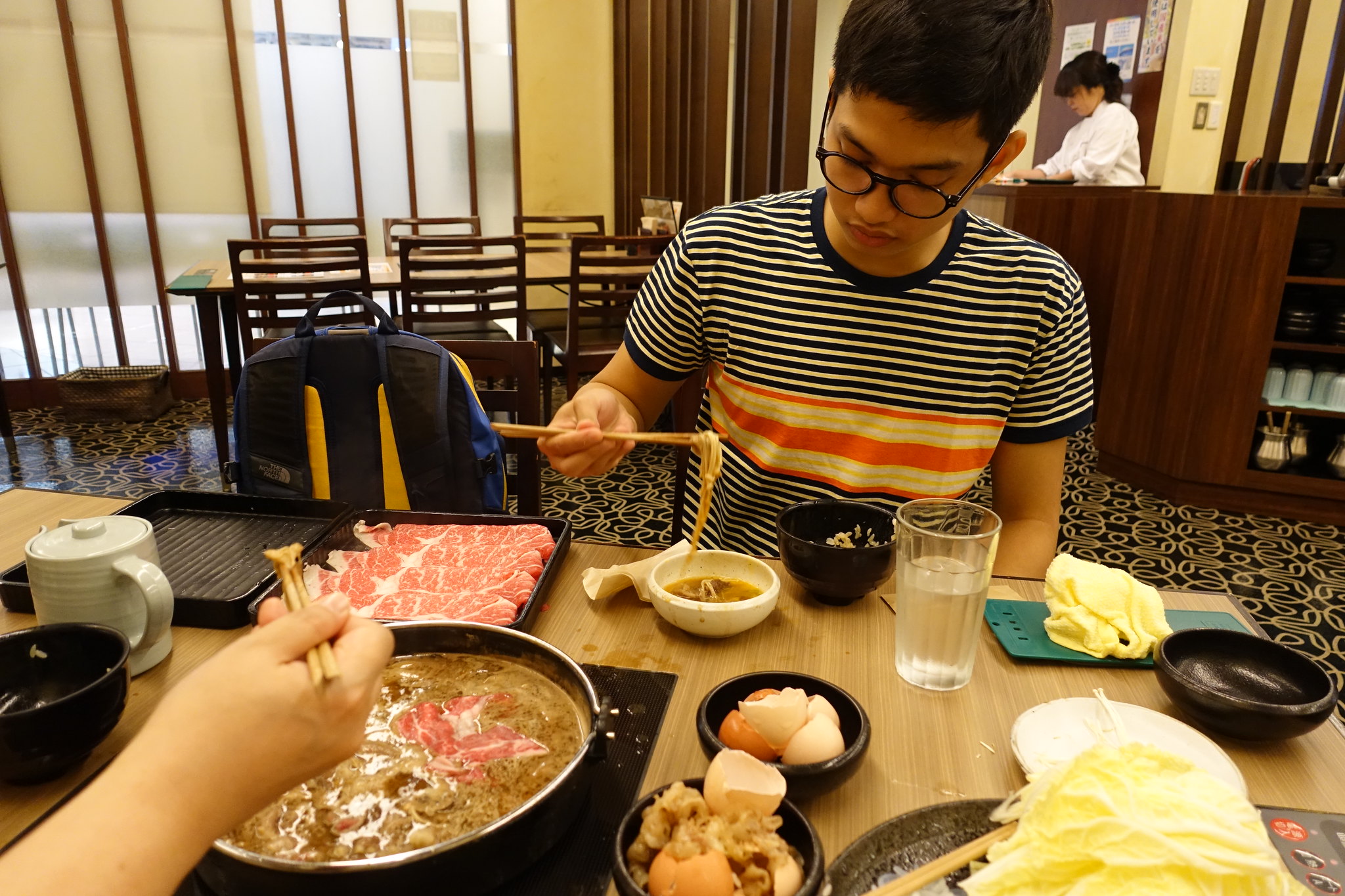 I went back with my family and we all got the Unlimited Japanese Beef Sukiyaki Set (¥4,298). This comes with unlimited everything – beef, rice, raw egg and veggies. It’s a steal at Php 1570 if you ask me cause you’d be hard pressed to find unlimited sukiyaki this good at this price point anywhere in Manila. 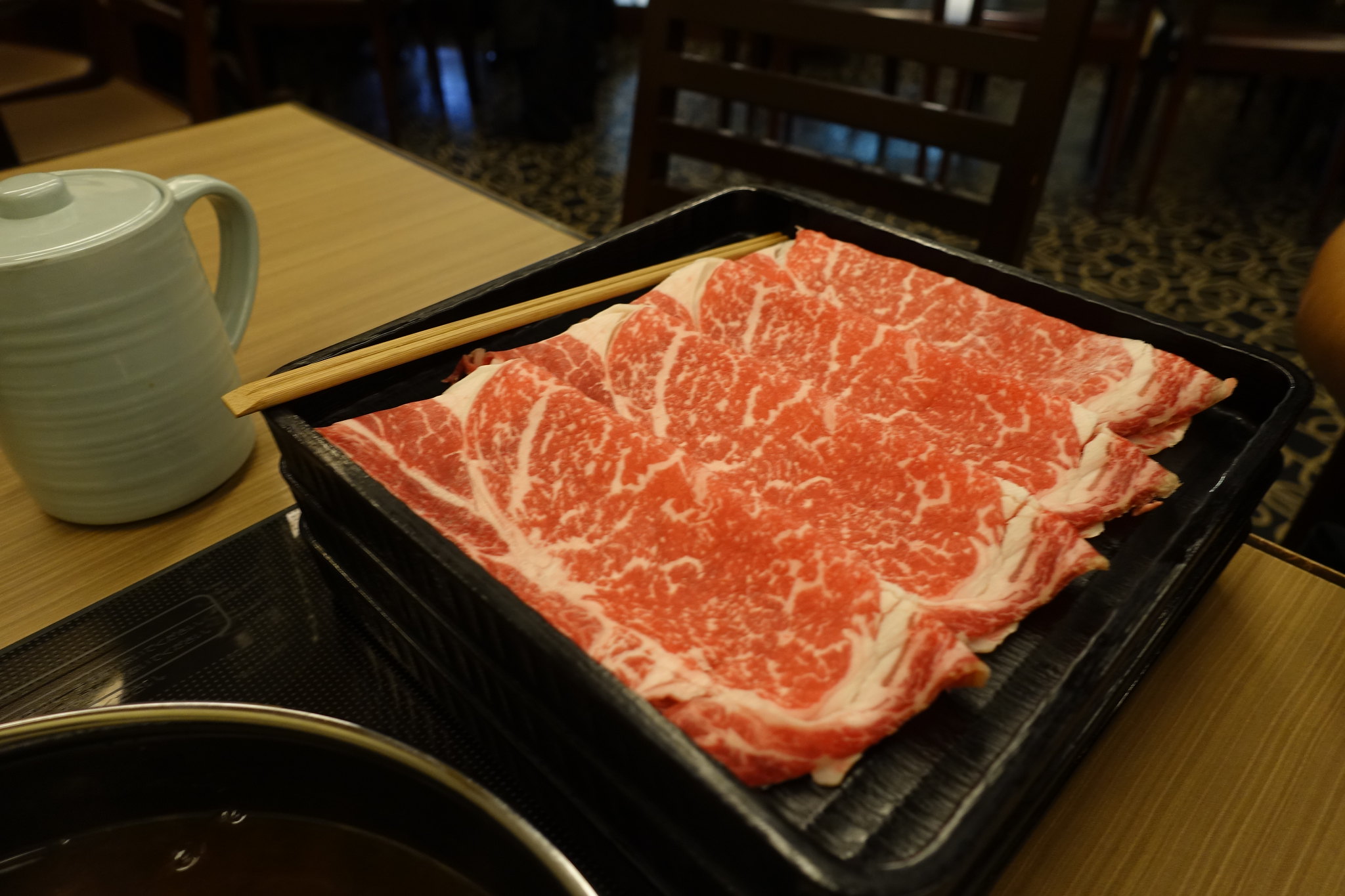 Just a closer look at the Special Japanese Beef. Check the marbling on that thing! It’s embarrassing to admit but I think we finished twelve of these trays total. Sulit na sulit! Lol. 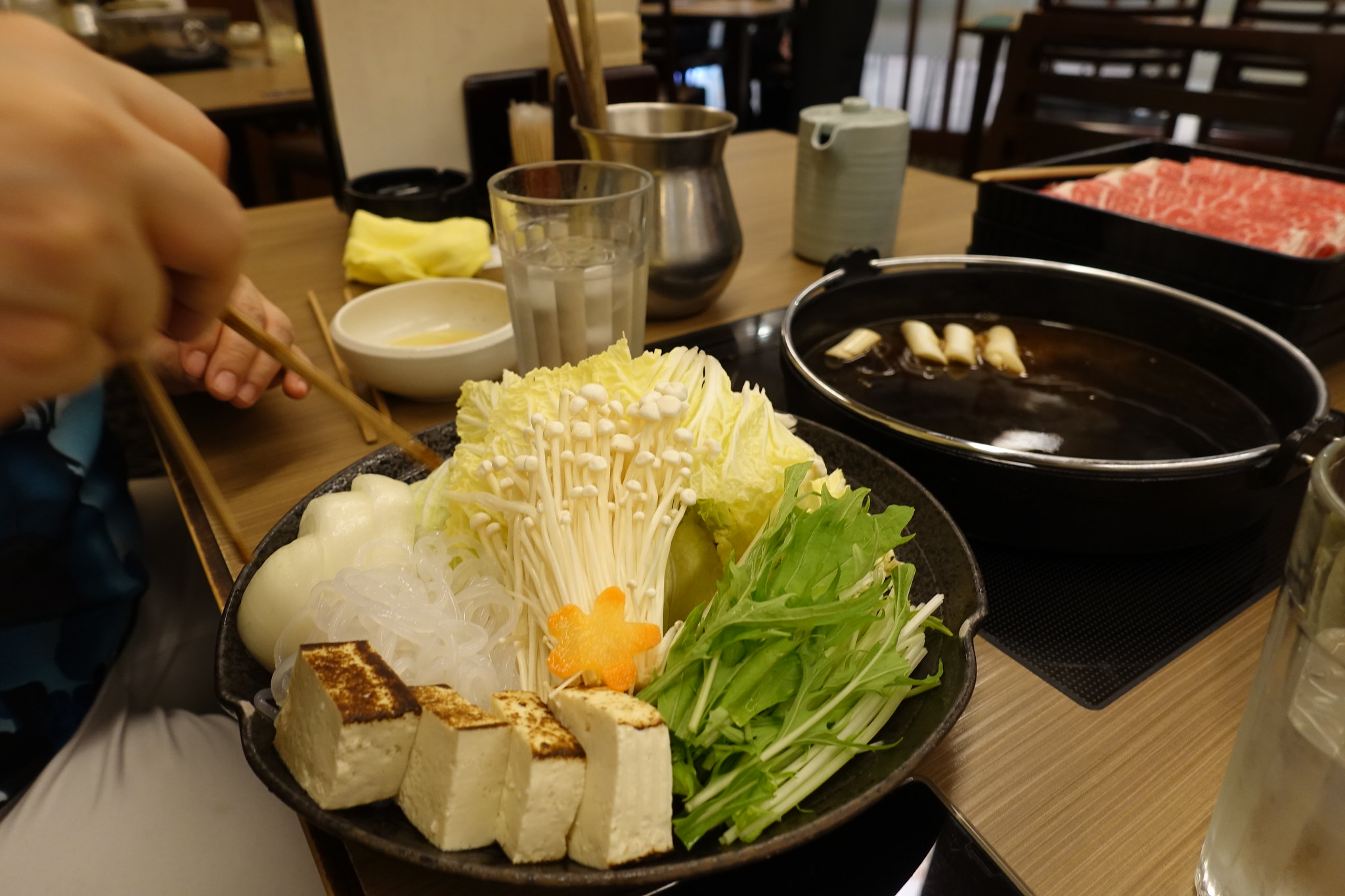 It’s a full plate but enoki is all that matters. They served us about 4 small extra plates of enoki. 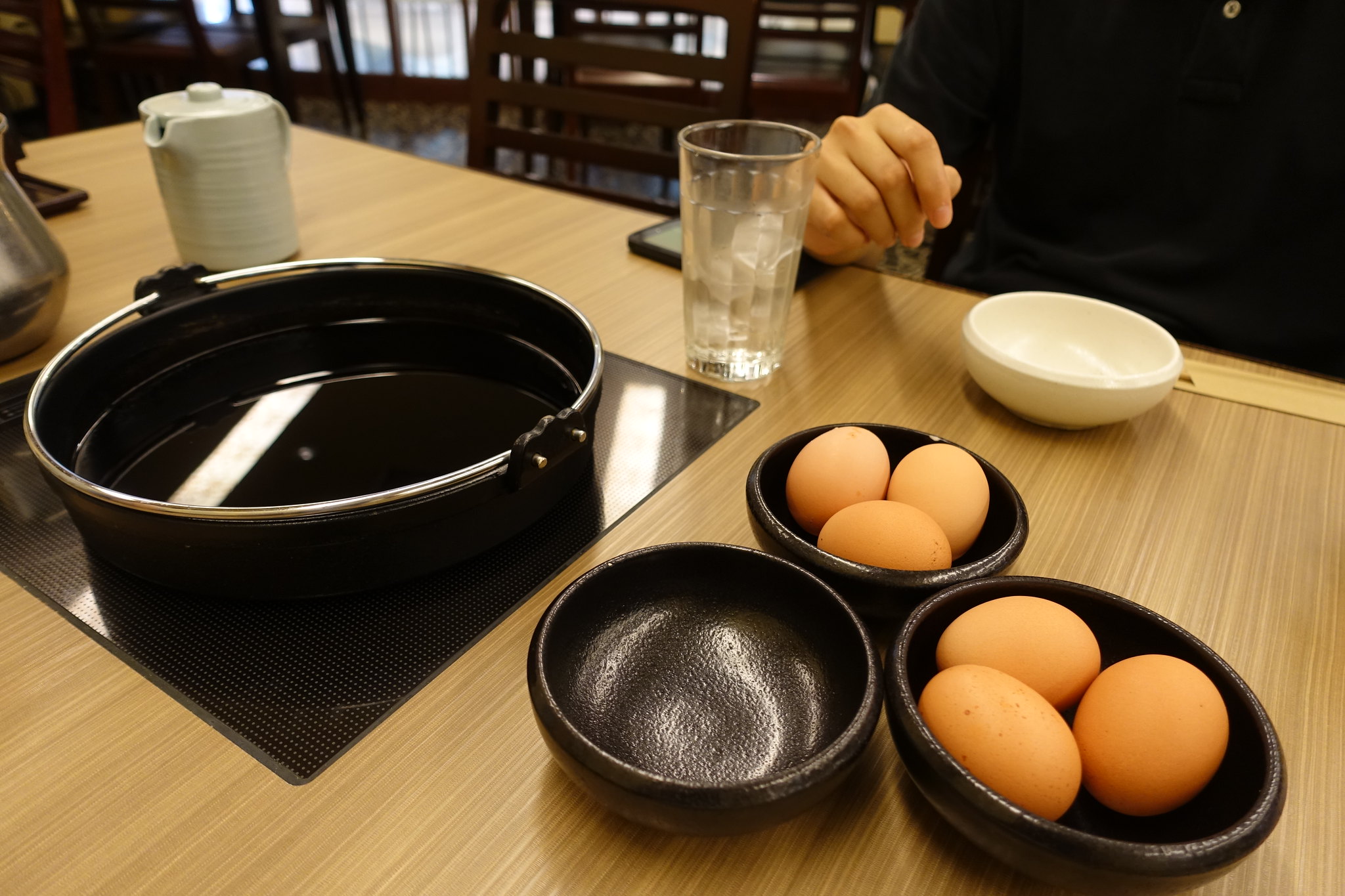 If you’ve never tried sukiyaki, it’s basically a Japanese hotpot stew. You start by letting the soup (soy sauce, sugar, mirin) boil, slowly adding leeks and some onions for a bit more flavor then when it heats up, you dip thinly sliced beef in and swish until it cooks. 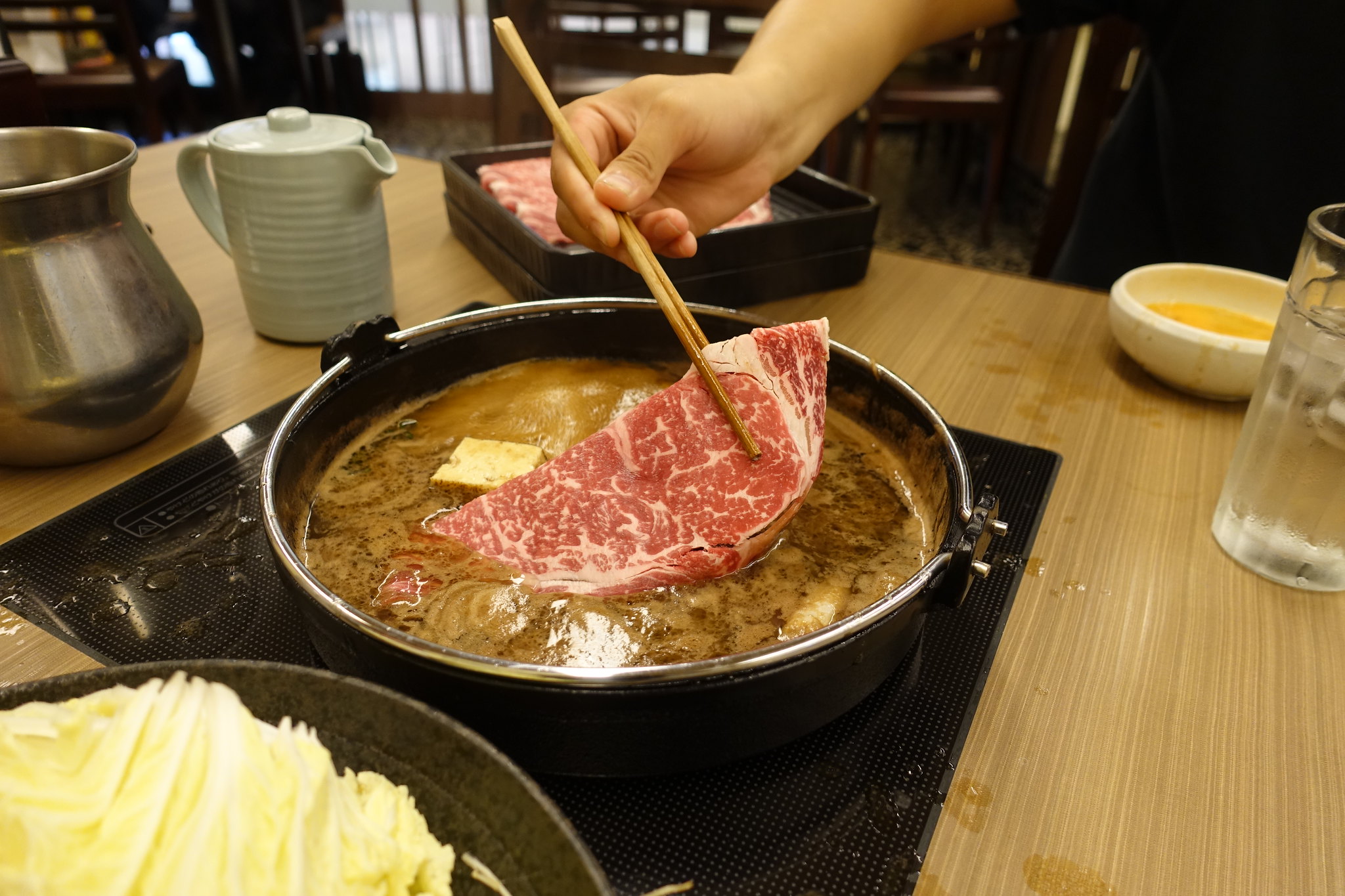 What really sets this dish apart is the quality of the meat. Because prep is so simple, the ingredients really do stand out. Just by looking at it, you can tell Syabuya’s Japanese beef is top-notch. 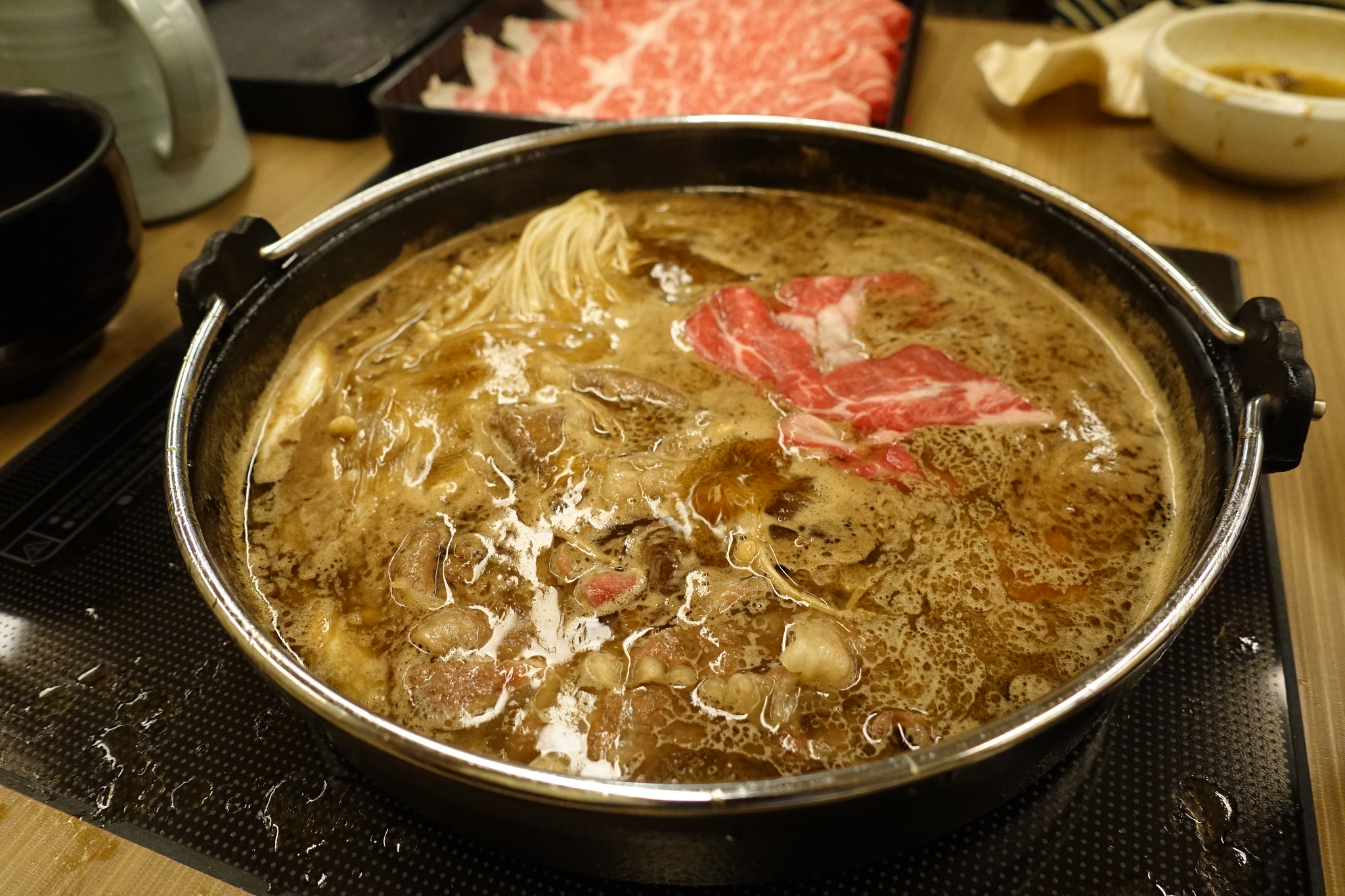 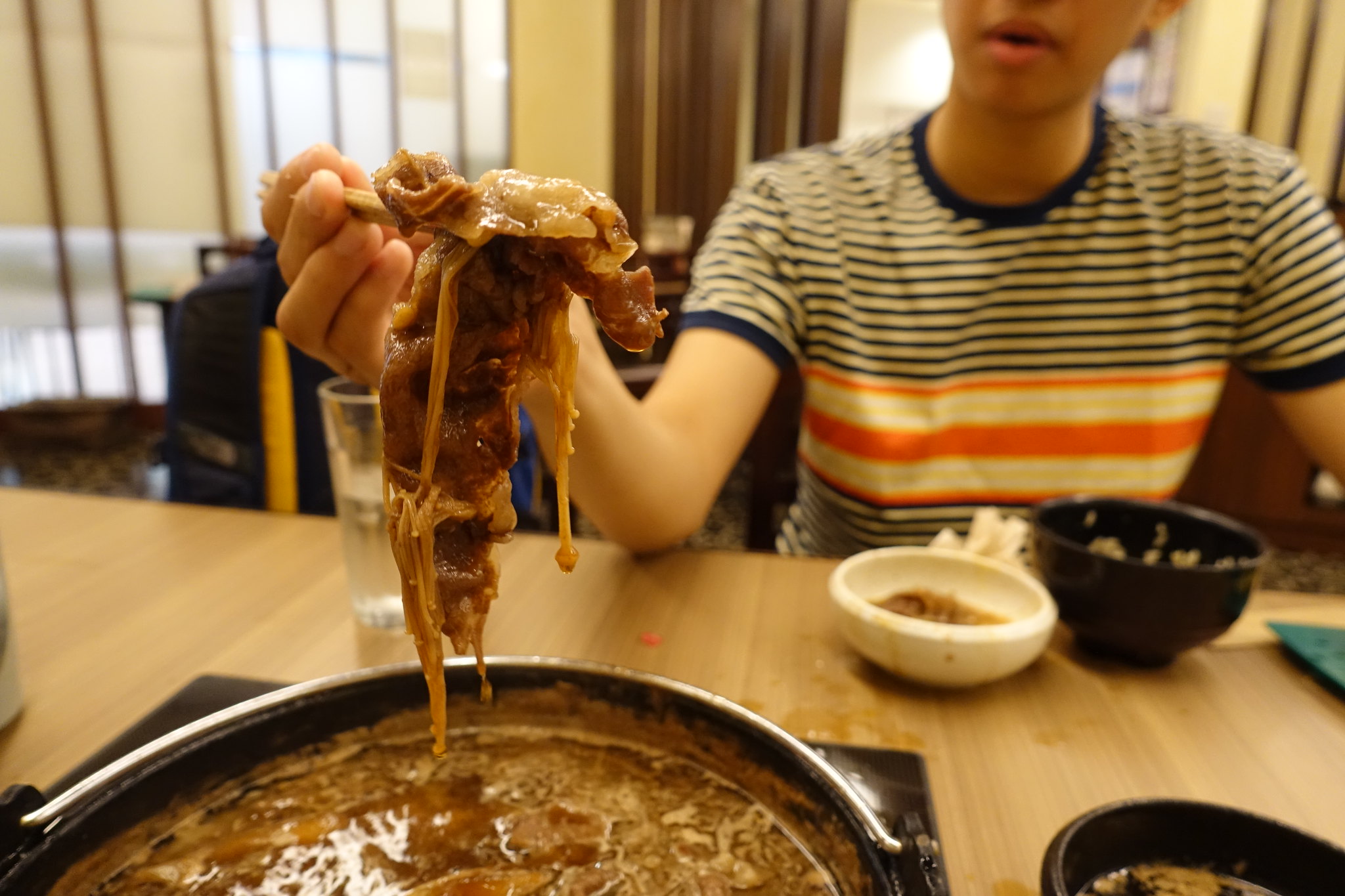 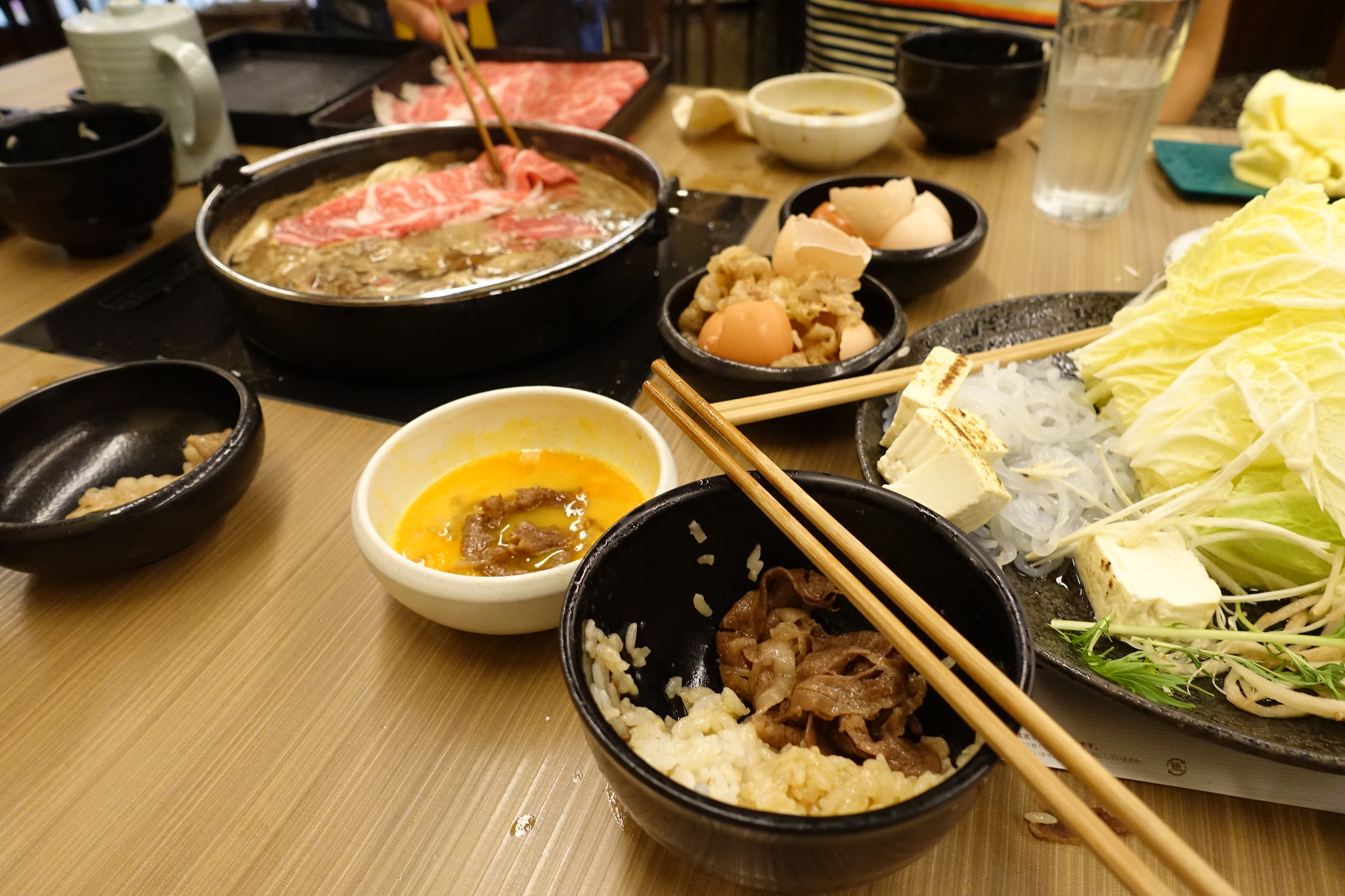 When the meat cooks, you dip it in in a separate bowl with beat raw egg and eat it. You can have it alone or with Japanese rice or noodles or tofu or veggies. I particularly enjoy eating it with rice and sometimes enoki. Dipping it in raw egg is a must. It enhances the flavor, adding a creaminess to the bold taste of the meat and the sweetness of the sauce. It just balances everything out better. 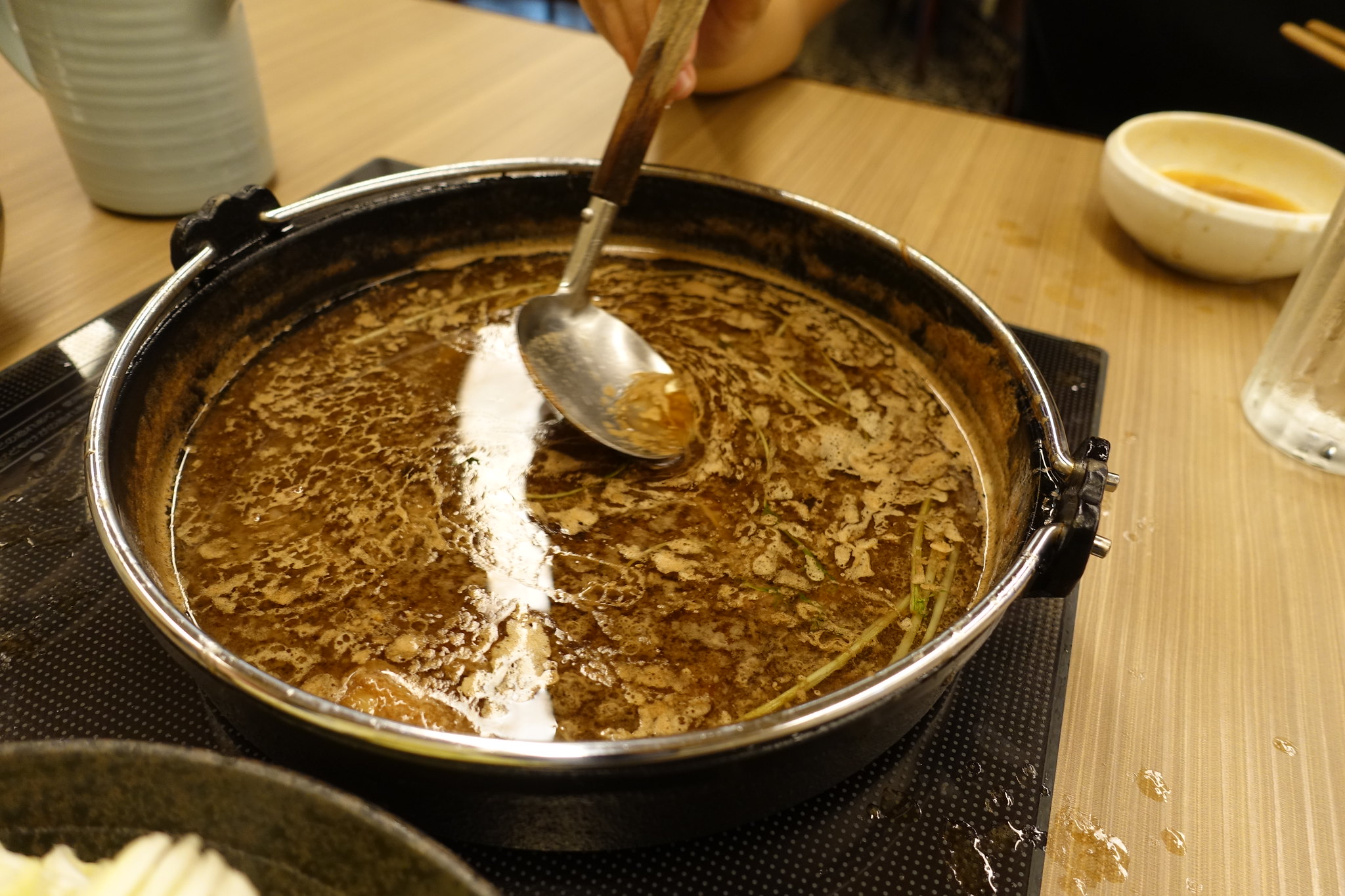 This is all the natural oil that came from the fat in the beef. The soup had zero oil in it, just had to take a photo for reasons unknown. 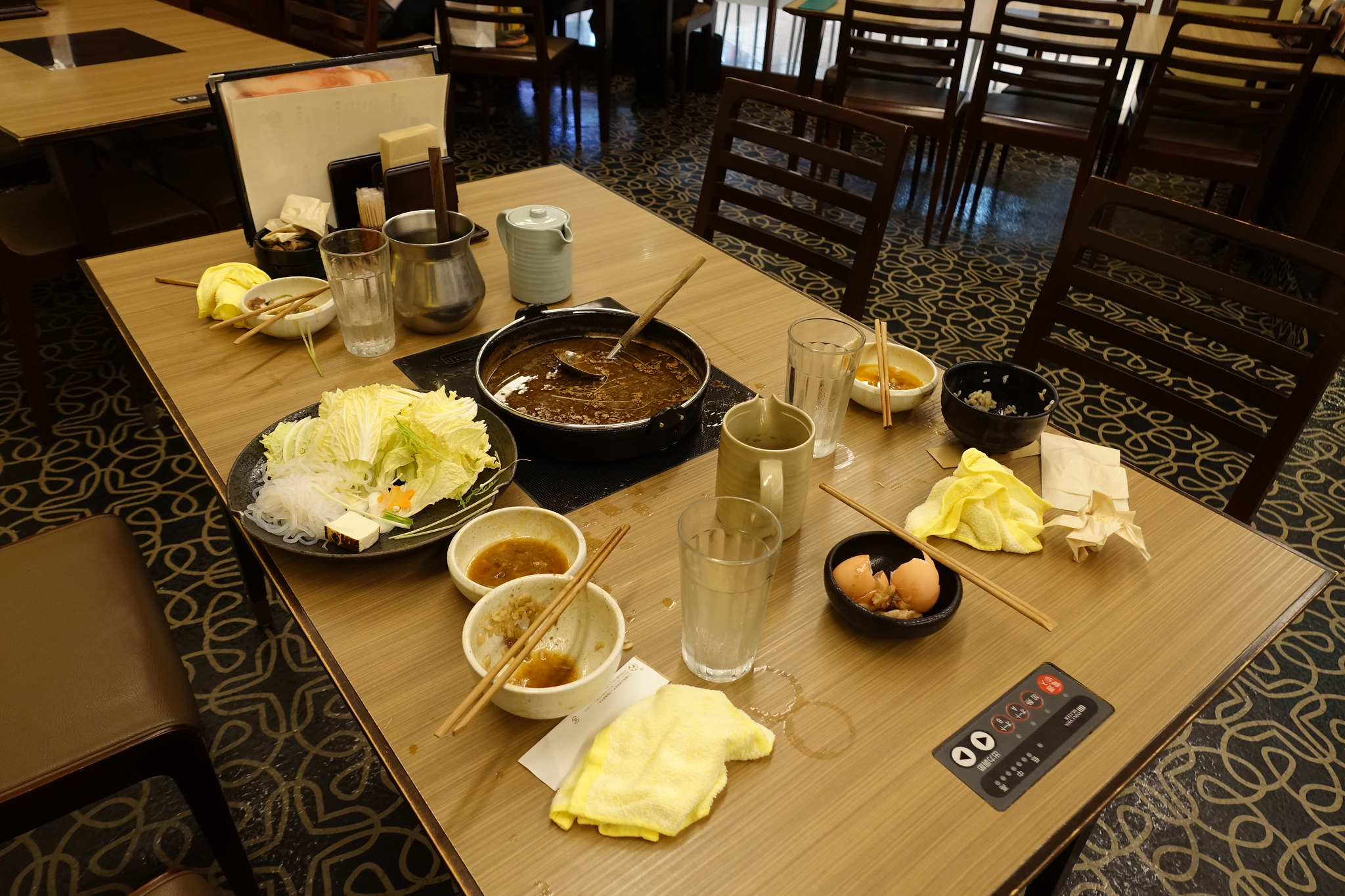 The aftermath. Thankfully they remove the trays of beef every time they see them empty otherwise our table would have a little tower. 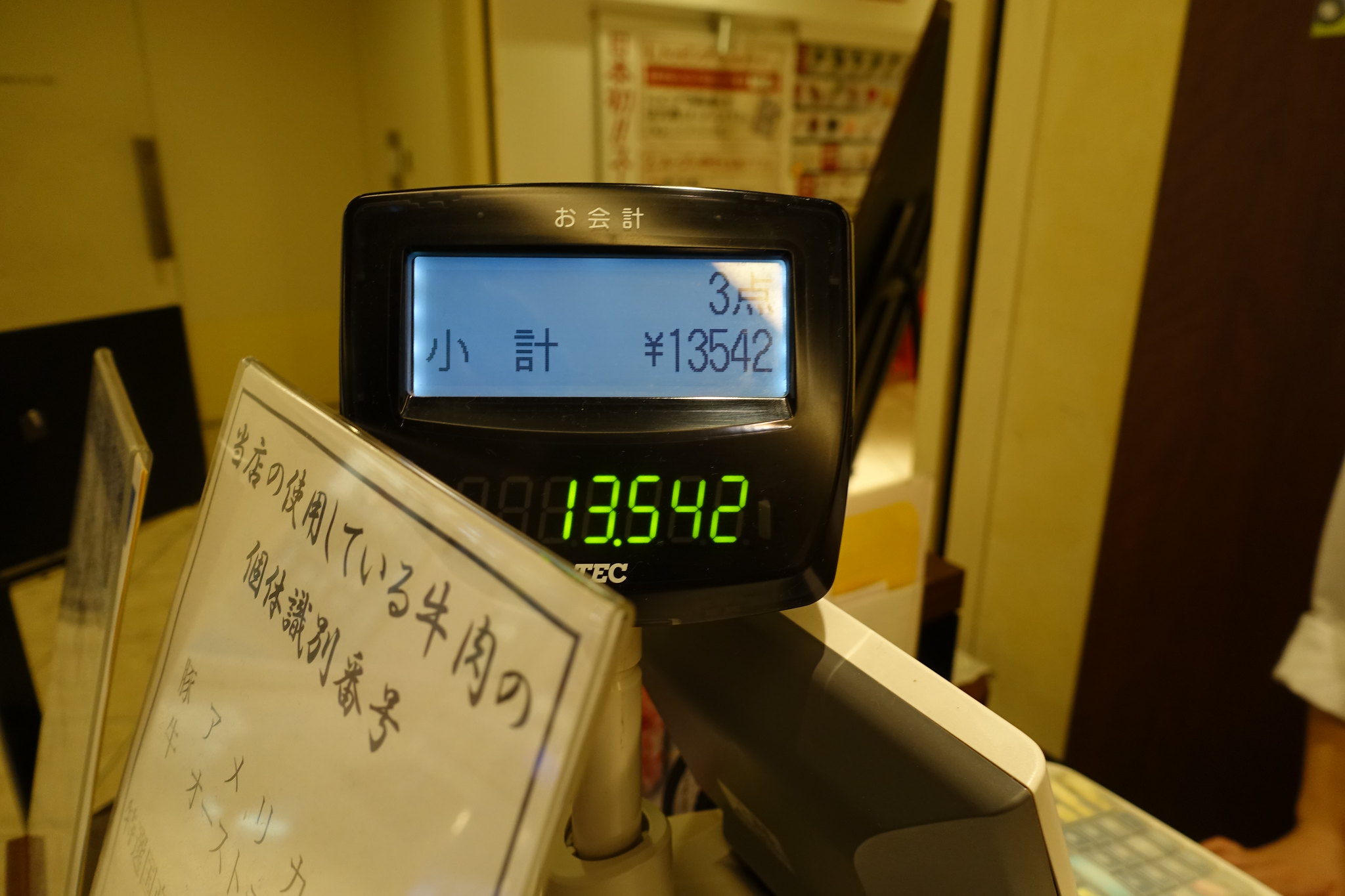 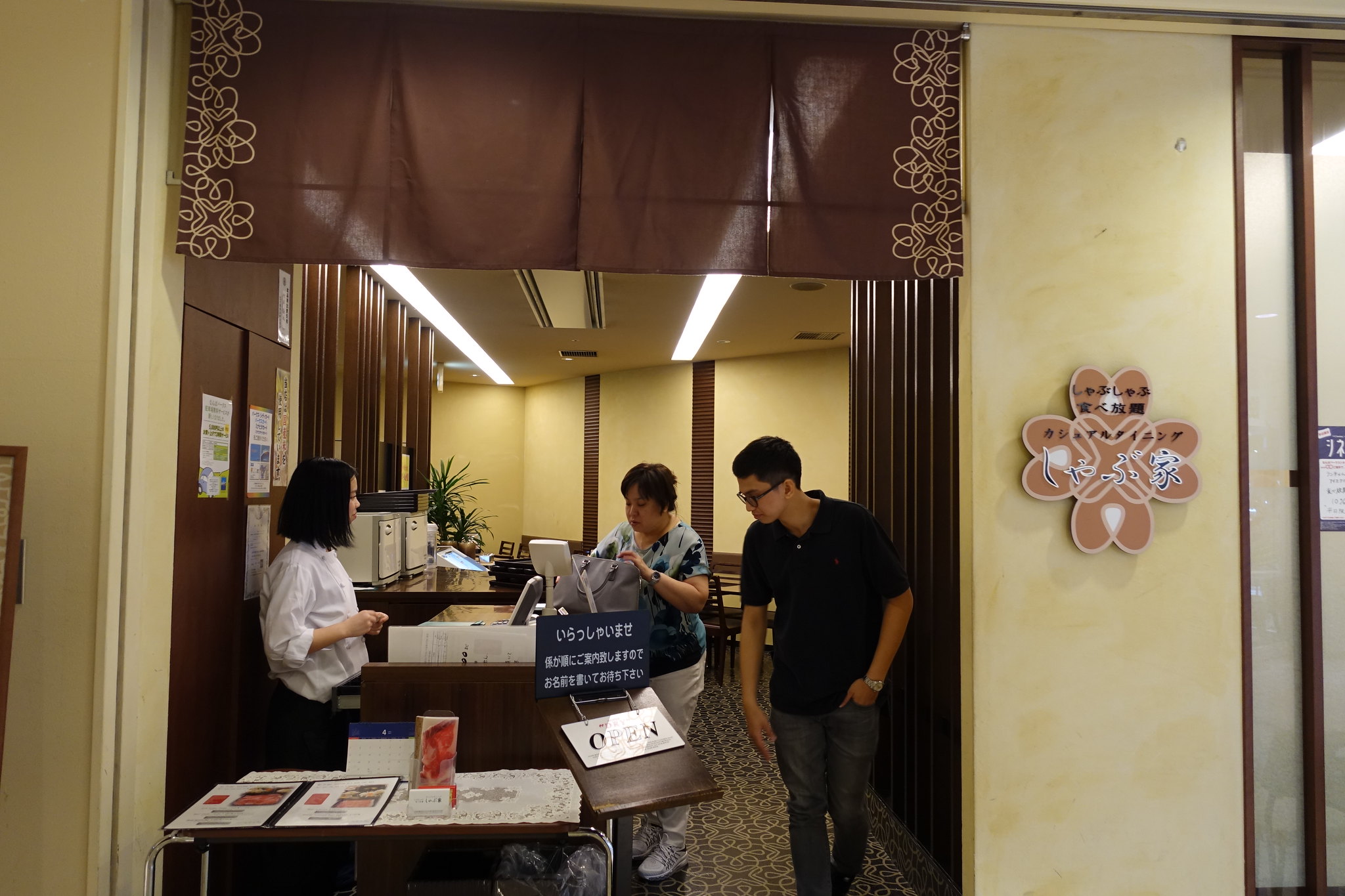 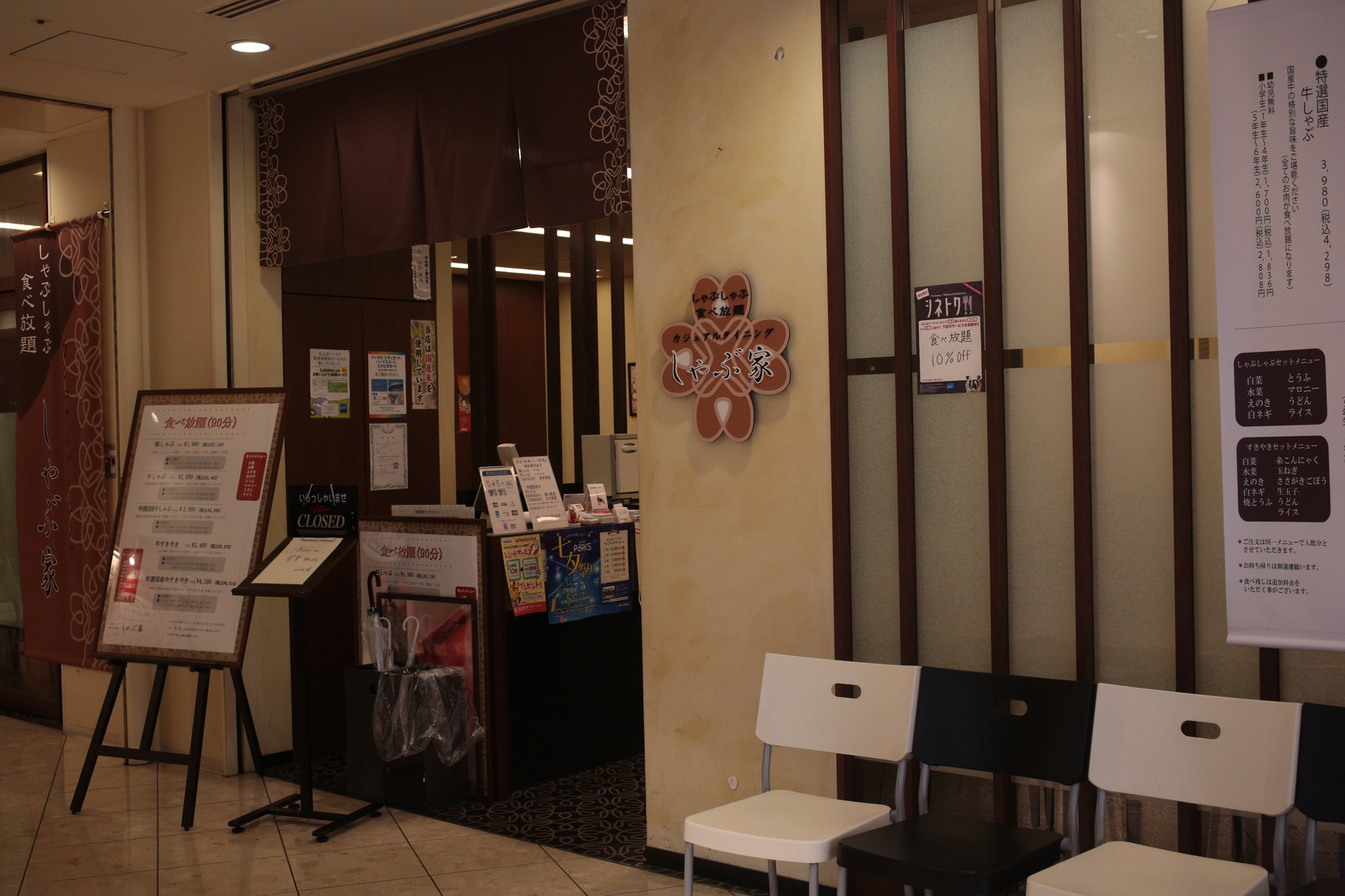 The restaurant is located at the 6th Floor of Namba Parks – it’s in the area where all the other restaurants are so it shouldn’t be hard to find.