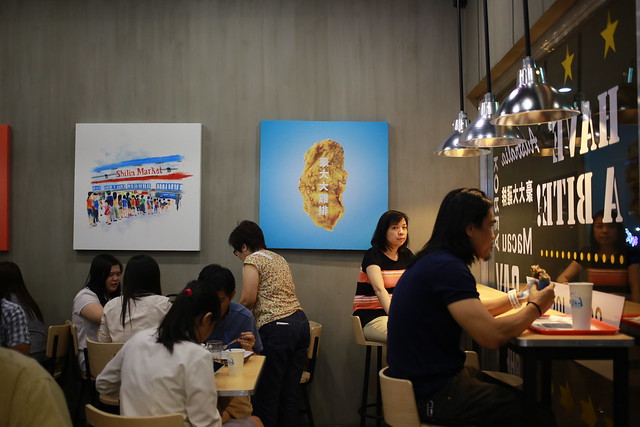 It’s funny but just a few days ago I saw an article about Hot Star on my newsfeed. I’ve never been to Taiwan or anything but what really hooked me was their soft serve ice cream flavors. I mean, really, gulaman and almond (jelly) ice cream? I knew I just had to try it. 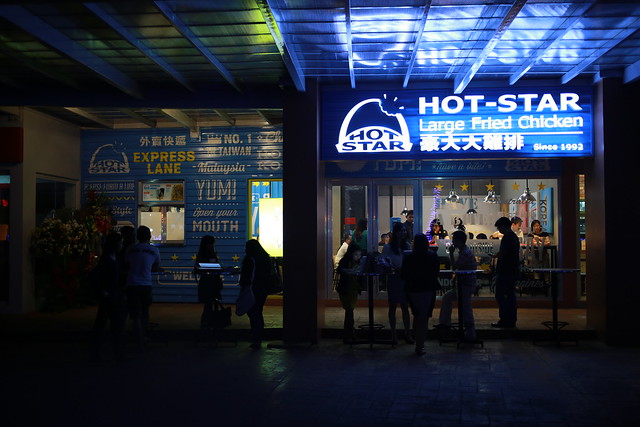 The next day I get an e-mail from GeiserMaclang inviting me to sample the wares so I jumped at the chance. I had time for it, Pasay was relatively close and hey, this was an invitation to get a sneak peek of food I actually wanted to eat. This is a great example of a perfectly timed PR invite.

To be completely honest, I’m nuts about fried chicken and all I can say about Hot Star is that it’s basically chicken chop heaven and here is photographic proof. 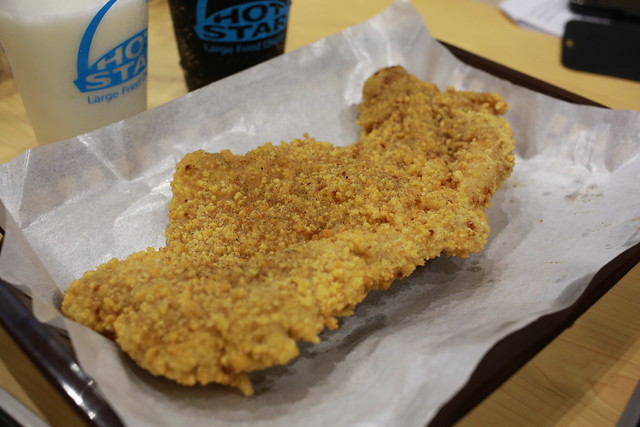 Hot Star Original Chicken (Php 110) – The classic. Good if you like it clean but wait til you try the BBQ. 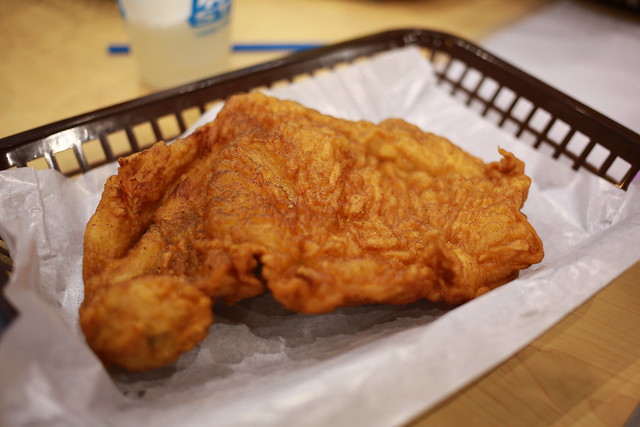 Hot Star Crispy Chicken (Php 110) – I don’t know why they singled this out as the ‘crispy’ variant considering that they’re all actually crispy. I liked this least because it was just peppery to me.

The Hot Star BBQ Chicken (Php 125) was, in my opinion, the best of the bunch with a sweet soy glaze. Richard Chua, the owner, mentioned that the BBQ variant is actually the Original fillet with a special sauce.

Hot Star deceptively uses chicken breast for all their chicken needs. I say deceptively because I was never someone who actually enjoyed eating white meat but I kid you not, their fillets are juicy as thighs. They have these special secret preparation methods used to cut the breast a certain way to make them look as big as they are. I would think the chicken chop’s as big as Shaq’s hand! Considering the price point and size, it’s kind of really a bang for your buck.

If you really, really like spicy food, they provide chili powder you can add to your meat. I wouldn’t suggest this though because it’s the kind of spicy that overrides the rest of your tastebuds. 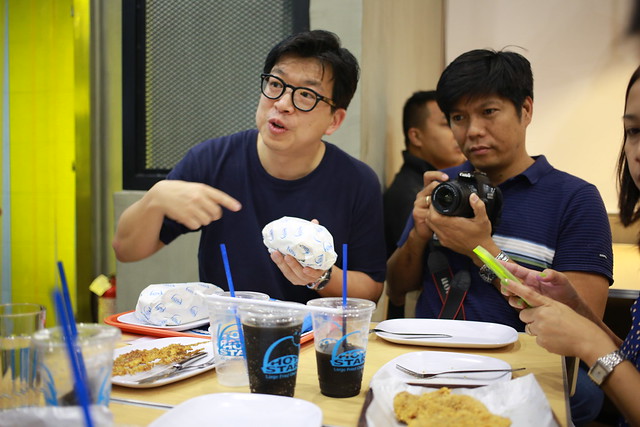 Richard mentioned that they really developed the Philippine branch from scratch. Pretty much everything on the menu sans chicken chops are special items exclusively for here.

Yup, spaghetti. The ties that bind the local fast food market. Hot Star’s spaghetti reminds me so much of pizza. It’s like Domino’s spaghetti with no cheese. Quite peppery and not as sweet as I’d expect. I do hope they consider serving this baked with cheese. 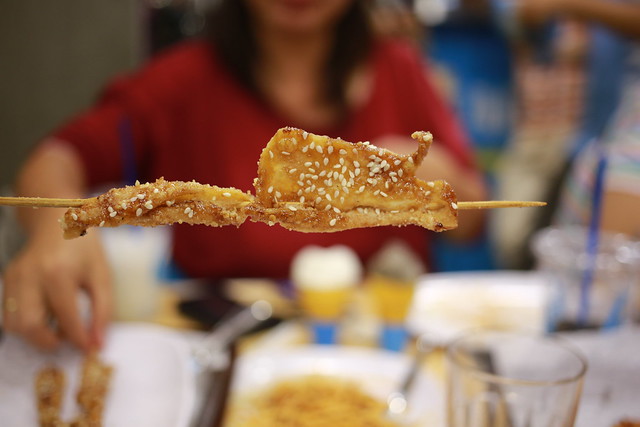 They serve Chicken Skin (Php 45) as a side dish option and a full order comes with 3 sticks like this. Absolutely deadly but worth the heart-attack. 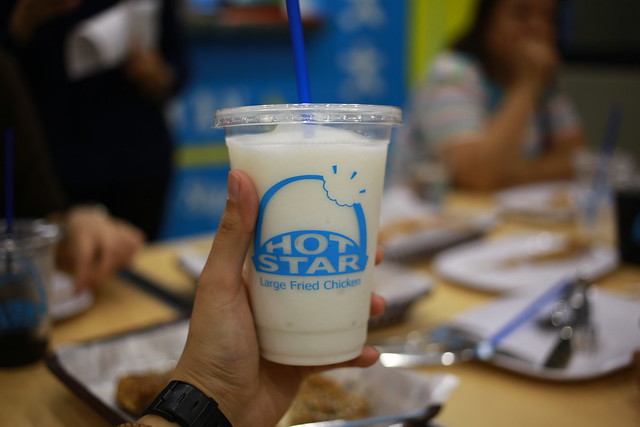 The Almond Smoothie was just alright in my book. It did taste like almond jelly but it was too icy to appreciate so I wasn’t fond of it. Different strokes for different folks. 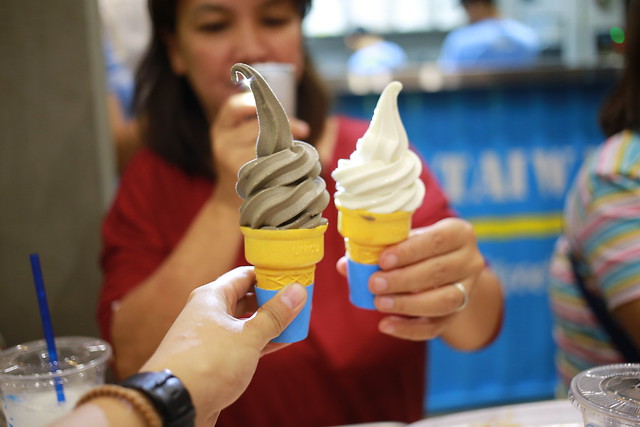 Highlight of my night!!! I finally had the chance to try their soft serve options. At just Php 15, they’re really worth it. I loved how creamy the almond ice cream was, the flavor was there as well. The black gulaman was just spot on. It’s just like eating sago’t gulaman in ice cream form. 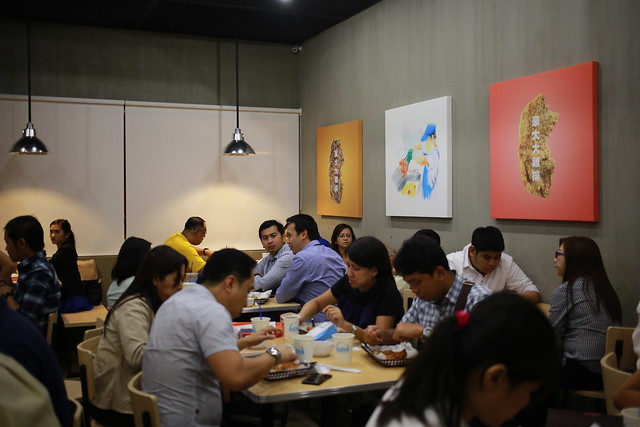 The verdict? I think I would be eating at Hot Star a lot more if they had a branch in Makati. If you’re in the MOA area, give it a shot and you won’t regret it. If you some how just end up passing by cause you forget you want to eat there then at least try their ice cream. Good stuff. I look forward to when this place kicks off and expands.