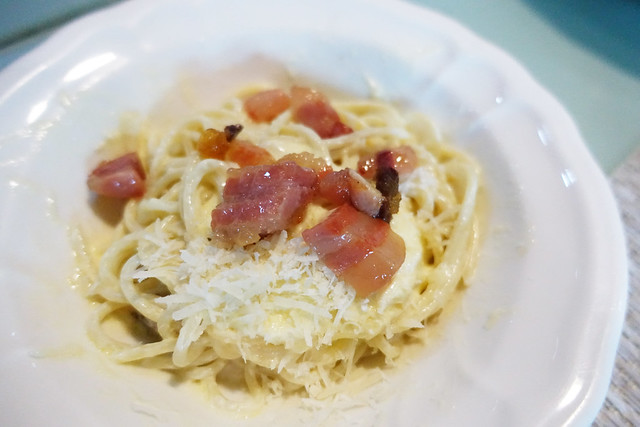 When I saw the Food Hack Pepper did on Mamou’s Lorenzo’s Truffle Pasta, I’ve been waiting for the right time to experiment and recreate the dish. Since weekends are times I find myself less stressed out, I found myself inclined to take charge and cook for the family one Sunday.

Mom did the groceries during the week and picked up two small cartons of Elle and Vire cooking cream. We were missing cheese so I stopped by Terry’s to grab some parmesan cheese (which they didn’t have so I settled for Grana Padano). Saw that they were on an anniversary sale so I got a big steak and some pancetta to go with the pasta. 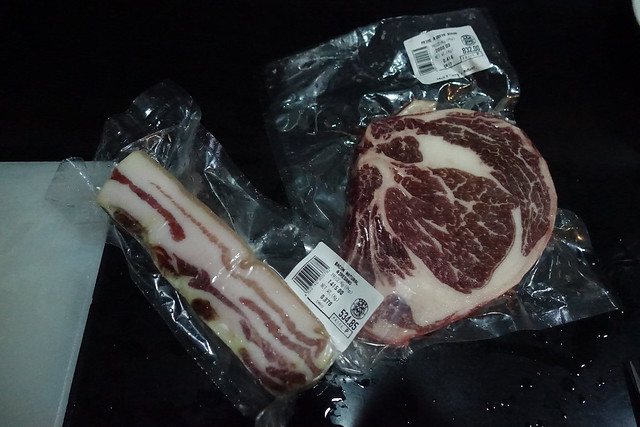 Followed the directions on Pepper except modified it a bit. Melted 3/8ths of a slab of Salted Anchor butter then added in 2 teensy cartons cream, mixed this in then added half a Knorr beef cube and a few pinches of cheese to get it saltier. Covered this up cause I was trying to cube the deli bacon til my mom freaked out cause the sauce was bubbling like a witch’s stew. Saw the sauce simmering so I poured in some truffle oil and yay the wait was over! 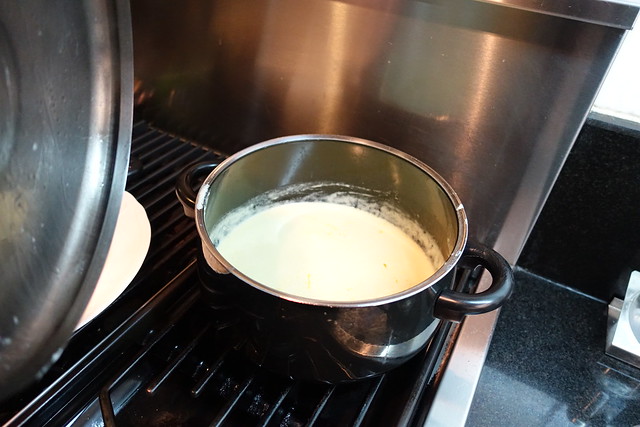 I thought I screwed the sauce up but it wasn’t burnt or too thick so I pat myself on the back for crafting a hack masterpiece. Sauce was done, noodles were taking forever so pan-frying the deli bacon was the next step. When that was done, it was time to marinate my steak. 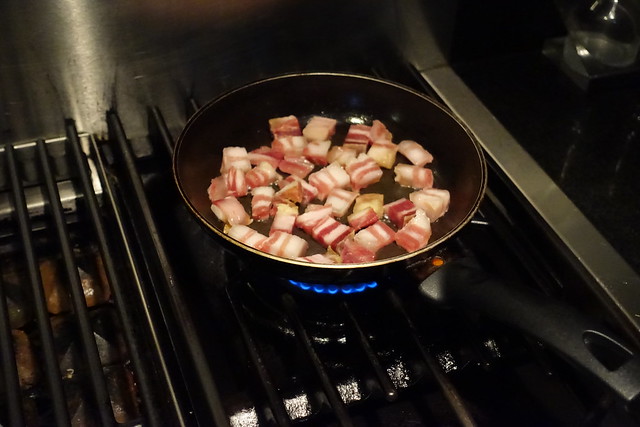 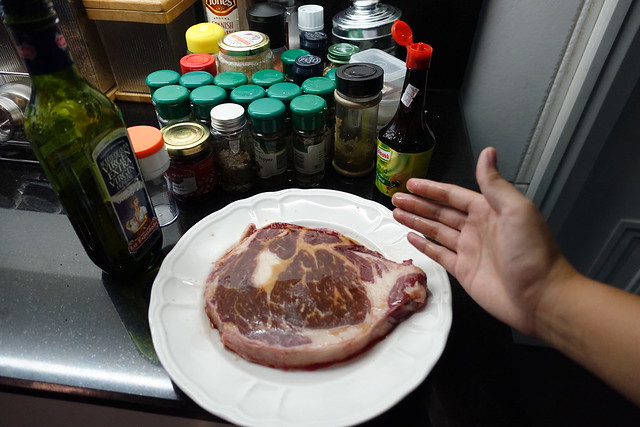 Since we just were in post-production for a Knorr project I shot that week, I was seriously craving the stuff. I opted to slather my precious ribeye steak in just Knorr Liquid Seasoning and a dab of extra virgin olive oil. Trust me, you don’t need much to make the perfect steak. Just cook it right. 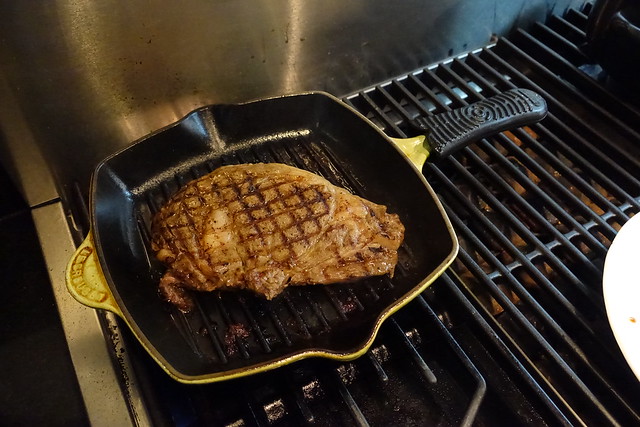 I like mine between medium and medium rare. I also take pride in perfecting the art of the grill mark. This meal happened almost three weeks ago but I’m glad I documented it because I think it marks the first entire meal I’ve cooked that my mom absolutely enjoyed. Sandro loved it too. And I don’t usually get rave reviews when I’m in the kitchen so this was a welcome first.